As impossible as it may seem (my employees might say), I still get a fright every month when I’m asked about what content I’ve planned to blog for the month.

If I share any advice on the matter, it would be: Don’t let your employees sense your fear, this is an area in which they thrive. Do not show weakness. Do not give them the power. None of us have the time to run a business (or write a blog post) when Lord of the Flies tactics are at play and you’re genuinely fearing for your life – having convinced yourself, out of guilt, that you’ve heard “Kill the beast! Cut his throat! Spill his blood!” chanted in hushed tones while pussyfooting passed their desks to grab your morning cuppa.

Missing a deadline given to you by an employee would not only be embarrassing as all hell but also… Nope. It’s just really embarrassing. Practice what you preach, right?

Without getting too carried away, I’ve learnt that I’m pretty good at pulling rabbits from hats and making a plan. I’m also quite happy when I have an excuse to do something I’ve been thinking about doing for a while – even if that means getting up at sparrows fart to do it because the last bit of the year sits at the highest level of absolute fiasco where, generally, nothing goes right. In short, it’s a right fuckshow and you’re basically forced to create time.

Anywho, putting my Piggy peculiarities aside, here is the rabbit that took me six hours to pull from my previously mentioned hat. Just in time for my deadline. I win.

For a while, I’ve been interested in documenting the process behind different techniques of illustration. Setting a camera up to capture progress every so often (when I actually remembered to push the button or set the timer, sorry) seemed like the easiest way to do exactly that.

This illustration was also a review of a number of different techniques I’ve played around with previously so, easy on the criticism – not enough sleep, coffee nor practice had taken place beforehand. 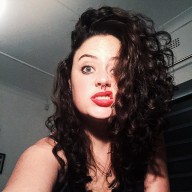