Hey, we get it – 2014 was a long year. We all let a few things slide. (Our gym memberships, for example). But it’s a new season! A season for change and growth and all those lovely-sounding things! And we’re talking about a whole lot more than signing up for a spinning class. We’re talking about advertising. It’s time to let go of the bad design habits of last year and replace ‘em with some good ones. It’s time to get out of those copy traps and start really writing again. It’s time to soar on the wings of 2015. (That line is instantly regrettable. You see, we need help too).

STOP IT. STOP IT NOW:

Sure, the client didn’t have to use that tone with you. But good designers and copywriters never take criticism personally, whether it’s constructive or cruel. We believe this is just one reason why the very best ad guys are basically immune to the cold: we’re thick-skinned, yo. (And also used to extreme air-conditioning).

2. Calling yourself or your agency culture “dynamic”

The opposite of dynamic is “static.” Is that ever a word you’d put in a catch phrase for a business? If you’d never use the opposite term to describe yourself, then the one you’re using is as substantial as a Pick n Pay salad (i.e. not at all). Let’s keep sh*t real, guys.

Okay, this isn’t only limited to the advertising industry: the whole world is driven by email. But there’s something about spending two hours replying to every little message you get that makes you feel like you’ve done a helluva lot of work – almost like you deserve a two hour break. De-prioritising your email will get you working on that design brief instead (which is what you get paid to do, right?).

This one sounds counterintuitive, we know. We’re all supposed to go over our work until our eyes bleed. Sure, a successful agency is packed with perfectionists – but when a headline takes two weeks to be written, there’s a problem. This is where the boundary between art and strategy becomes obvious. (See, mom – we don’t just make clay sculptures and write poems all day).

5. Starting at the bottom of the checklist

It’s a whole lot easier to wash the office mugs than to actually get started on that logo design. But getting the “easy” things done first is probably the worst way to start your day: by the time you finally reach the tough stuff, you’re far too exhausted from boiling the kettle and ordering paperclips all day to give the job your best. It’s time to klap the most painful thing on your to-do list, like, NOW.

So, what are the bad habits you’re going to kick in 2015? We’re checking these all off our list (hardest one first, of course) and adopting some positive practices instead. Here’s to a year of awesome. 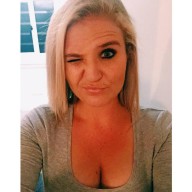